《红天机》讲述了史料记录极少的一位朝鲜时期的女性画家的故事，加上郑作家天马行空的想象力，形成了一部奇幻浪漫史剧。故事会围绕进入景福宫的绝世美女画工红天机、失明后依然能识别星座和天象的观星监河澜以及以俊美而闻名的风流公子安平大君展开。
During the Joseon Dynasty, a young woman named Hong Chun Ki is a painter – a true rarity in Joseon Korea, where Confucian values dictate that such pursuits are unsuitable for a woman. She was born blind but somehow managed to acquire a sense of vision. And now she has been accepted to the most prestigious art college in the land.
One day, she meets Ha Ram, an astrologer whose fate is the polar opposite of her own: Although he was born sighted, he lost his vision in a childhood accident. Regardless, he is also in possession of an astounding talent: Despite the fact that he is blind, he can still read the future by tracing the movement of the sky at night. Hong Chun Ki falls for Ha Ram, and is determined to win his heart. But the duo is sucked into the machinations of the royal court, particularly those involving two princes, the free-spirited Prince Yang Myung and the cruel, scheming Prince Joo Hyang – a man who longs to become the next Joseon king. 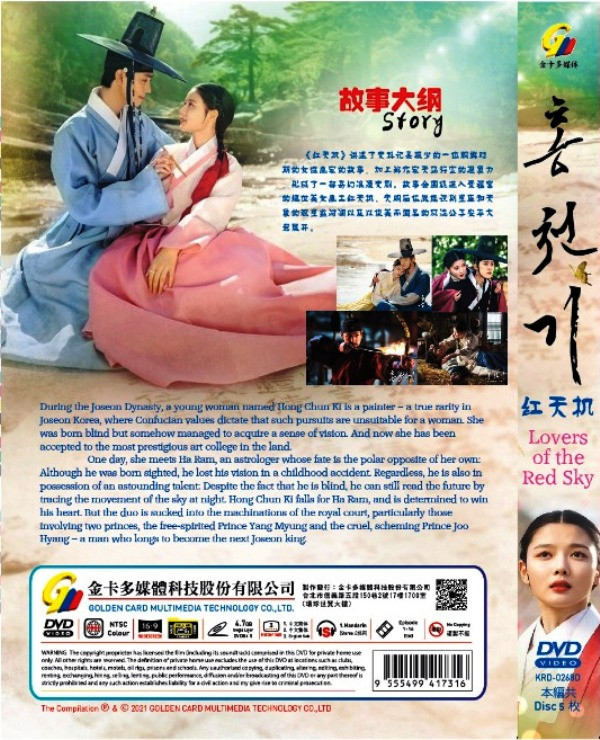