During the first year of Emperor Yongle of Ming’s reign, the royal doctor Jing Qing and his whole family was beheaded by the Emperor. However, his two daughters were saved. The youngest daughter is adopted by the Hu family and is named Hu Shanxiang. The eldest daughter was rescued and adopted by Sun Zhong under the name of Sun Ruowei. Years later, the mysterious yet powerful Qingzheng Cult manipulates Sun Ruowei in secret by trying to get her to marry the ambitious Prince of Han, Zhu Gaoxu. However, Sun Ruowei somehow becomes an imperial concubine to (then) Crown Prince Xuande, whom she had met before on her previous adventures.

Now the concubine of her enemy’s son, she plotted revenge but finally gave up her own personal vengeance for the sake of the citizens of Ming, and truly ended up falling in love with her husband. After the untimely passing of the Xuande Emperor, Sun Ruowei successively experienced the power usurpation of her son Emperor Yingzong of Ming by the Jingtai Emperor. With her wisdom and ability, she rescued the Ming dynasty several times from danger while helping her son to become a noble and virtuous ruler. 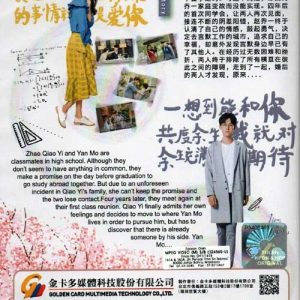