TVB Drama It Runs in the Family 孖仔孖心肝 DVD

TVB Drama It Runs in the Family 孖仔孖心肝 DVD

It Runs in the Family

The story runs on a pair of separated twin brothers. Wong Ming-Shing (Lau Chin Wan) and Wong Lei-Chow (Stephen Chow), with Shing living with his mother and Chow adopted by Lo Fai, a poorly educated decorator who named him Lo Sai. As time passes, Shing becomes an avant-garde film director, astute, courageous and full of brilliant ideas, while Sai an agreeable and upright man working as a resourceful broker. By chance, the two brothers meet and share an apartment without knowing of their bond as brothers and are later drawn into a love triangle by Sai’s dream girl, also his childhood friend, Ka-Nam (Amy Chan), who had fallen for her supervisor Shing. After a reunion as brothers, Shing and Sai remain estranged due to their differences in personalities. But when Shing is amid a prosecution, the brotherhood instinct in Sai with the help of family and friends spares no rescue Shing. 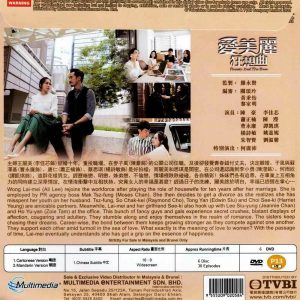